Any mention of David Ginola will see all Newcastle fans of a certain age filling their heads with memories of the time he was at St James Park.

Difficult to believe it is really 25 years since Newcastle United signed him for £2m from PSG.

If Newcastle sign a teenager from a French second tier club these days, within seconds you can find out his life story and very likely watch video footage of what the 17/18/19 year old can do.

Even though David Ginola was a 28 year old French international who had won the league and cup in his own country, fair to say 99% of Newcastle fans knew nothing about him.

That quickly changed, Kevin Keegan had once again worked his magic.

Taking one step back in order to go a much bigger step forward, Keegan sold Andy Cole in January 1995 (in a deal that brought Keith Gillespie to NUFC) before bringing in Les Ferdinand and David Ginola in summer 1995 (as well as Warren Barton and Shaka Hislop).

The rest is history…

The almost Premier League title in 1995/96 and then the departure of Kevin Keegan and replacement by Kenny Dalglish.

On a recent visit back to Tyneside, that included visits to the Freeman Hospital, the Sir Bobby Robson Cancer Trials Research Centre and the heart unit, David Ginola has been talking about what might have been.

Extracts from David Ginola speaking to The Athletic about those days at Newcastle United:

“The freedom he gave me … I never had that in my entire career. He didn’t want to enclose me in silly tactics.

“I enjoyed every single day in training. The facilities at Maiden Castle in Durham weren’t the best, but the atmosphere was great.

“The lads had days out together, nights out in town and we’d be surrounded by people all the time, because they wanted to be with us.

“On the pitch, we felt invincible. It was so easy for us to score goals. The entire team were always reacting in a positive way. We surprised everyone.

“It’s really sad, because you can play the best football but the fact is we didn’t win the league.

“In the January and February, I think we suddenly realised where we were, that it was possible. We’d never been in that situation before.

“Some of the choices we made weren’t right in terms of game management, closing a game out.” 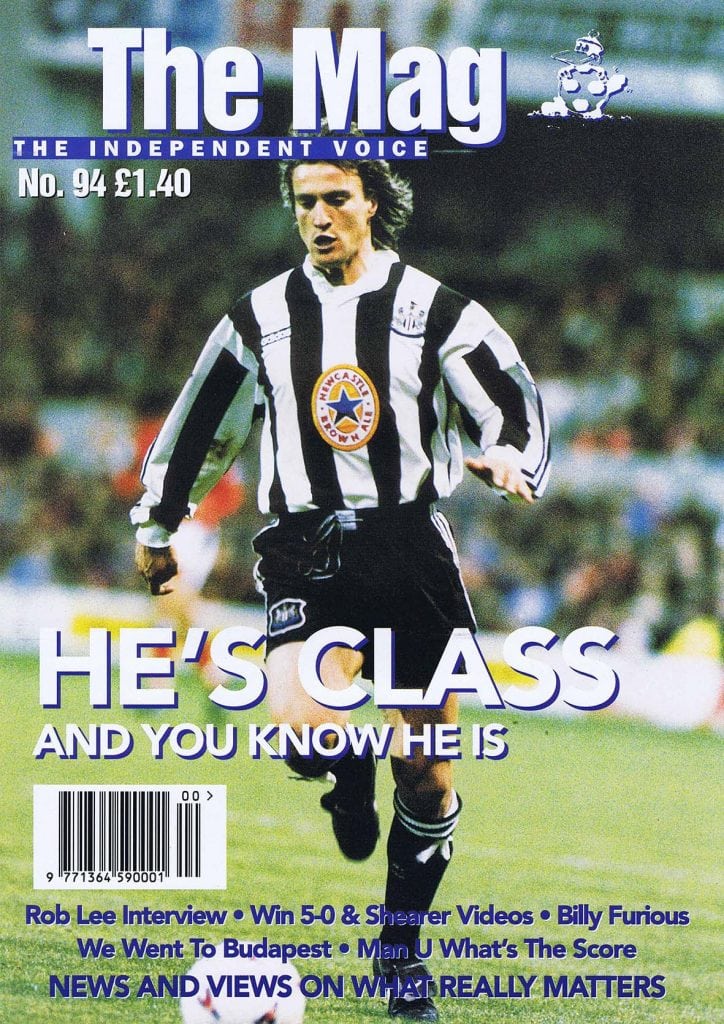 “It would have been very different…

“Can you imagine? Keegan being replaced by Bobby Robson would have been the perfect scenario.

“I could see that Dalglish didn’t want to play me, that he had problems with some of the foreign players. I had a row with him at the training ground.

“I’d had such great times under Keegan, but it got to the stage where I didn’t want to drive down the A1 [to training] any more. I felt completely unwelcome, by him and by some of the other players, as well. He changed the entire philosophy which Keegan installed at the club. It was the opposite.

“I didn’t play for that long at Newcastle, but the two years I spent there feel like 10.

“It’s incredible because 25 years later — a quarter of a century — I was walking in the hospital meeting all those people and it was like I still played for them.

“It’s funny. Sometimes you wonder if they’ll forget about you, but they still feel it.

Charlie Nicholas “Always been a fan of Steve Bruce. Great coaches end up with great players…”