I have a lot of sympathy for Newcastle United and Steve Bruce in what is proving to be a difficult time for both.

In a bizarre twist of fixture fate, they unfortunately have come up against a string of good teams who are playing well.

Leicester are really a model for what we are led to believe that Mike Ashley is trying to do at Newcastle United. It was particularly interesting to see them do it with such efficiency on New Year’s Day.

In the summer they net spent about £15million, selling Harry Maguire for big money and spending that money on Ayoze Perez, Youri Tielemens, Dennis Praet and James Justin. Buy cheap, develop, sell expensive. If you have the money, buy good, developed players who fit straight into your model.

Proper and sensible investment by a board backing a manager they have belief in, a manager who had a say in who they bought. Two of those expensive players, Perez and Tielemens, were both excellent on Wednesday and to be fair, anyone who follows European football knew that Tielemens is a very good player.

Despite the abuse Ayoze got when he was at SJP, those who struggled to appreciate all of his qualities, me included, still knew he had some. In a balanced team playing alongside Rondon and Almiron those qualities came to the fore. In a Leicester team who play quick, incisive football, it looks like they have come to the fore even more. 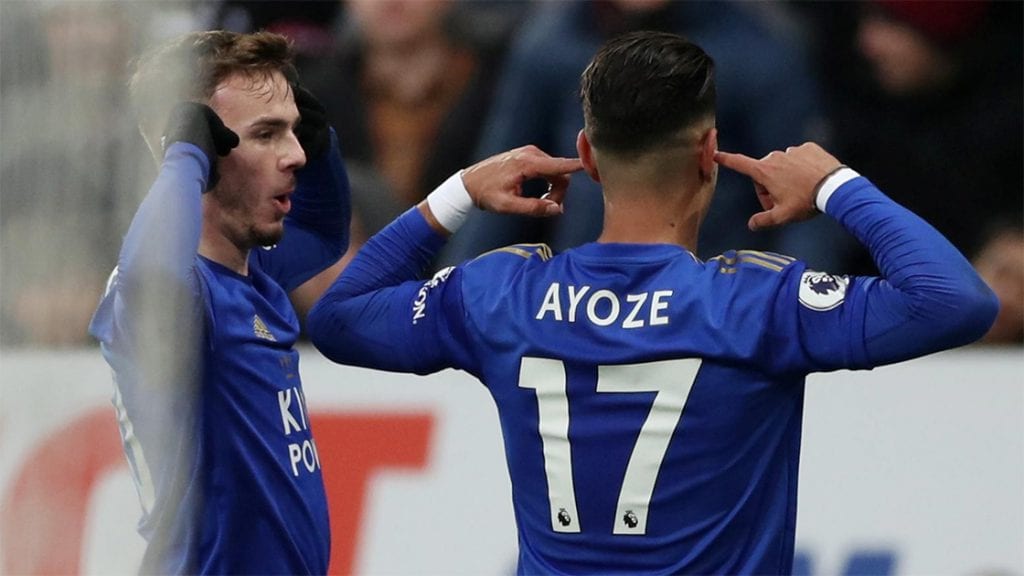 ‘We heard you the first time Ayoze’

For 35 minutes it wasn’t easy for the Foxes. A double Dubravka save very early on was the only real scare on United’s goal. For all Leicester played inventive football and created scenarios, chances were few and far between. The best one fell to our very own expensive “good, developed players who fit straight into your model” striker Joelinton. I haven’t seen a replay of the Brazilian’s chance in the first half but in real time from up the other end of the pitch it looked like a poor touch and panicked shot straight at Schmeichel ballooned up for the forward to simply head into the net. That he headed back out of the penalty area made me think that my eyes had deceived me. Perhaps in the same way as our Head of Recruitment was deceived. With Steve Bruce’s endorsement?

United still seemed relatively calm at the back against a team who tried to work a way through our nine man defence. Again, another team who looks like it spends time on set-pieces were inventive and confident in trying to find elaborate ways to break down our solid lines. That it was a defensive mistake that ended the game as a contest was disappointing but perhaps no surprise.

We have got used to the defence bailing the team out, it had to end some time and end it has, big time. Not such a festive period for our over-worked defence. Two Lejeune horror shows and four injuries in fifteen minutes and the game was over. To be fair, none of the injuries or the second goal really mattered. Once the first goal went in, that was that.

While it is a very rare occurrence to lose four players to injury in a game, it is also likely if you are going to play half-fit players. For Lejeune it was particularly a disaster, I’m sure he wanted to come off every second after the 36th minute until the end of the game. That the Frenchmen looked physically and mentally shot early on in the Everton game before eventually being replaced was enough for me to believe that he would not play against Leicester. Well, he did and he looked wrecked.

The fact that the injuries to Schar and Willems are not serious and they have a chance of playing against Wolves suggests that what we believed at the time was true, they had just had enough and wanted to come off. Shelvey had pulled up midway through the first half after a lung-bursting thirty yard trot and looked genuinely hurt, both by the injury and being given the runaround by James Maddison. Manquillo also departed, almost unnoticed.

So 2-0 down and one man down with the whole of the second half to go. What would the Steves do?

What imaginative and innovative way would they come up with to get back into the game?

Play a solid seven man defence and hit the ball diagonally into the channels for a couple of quick forwards to chase while pushing the Leicester defence back as far as they can?

No. Give up and try and keep the score down. The Steves just wanted it to be over. A lot of people left. I should have.

Apart from hiding behind my hands, I can’t think of anything to do

Leicester kept the ball for 45 minutes and looked content to play the game out. Perez, our best defender on the day, prevented Gray adding a third until this week’s pantomime villain Choudhury did with three minutes to go. United’s only attack was Joelinton’s scuffed left foot shot, more icing on the cake of despair.

Whatever I think of Dwight Gayle, at least I know he can score goals. I’m yet to see that of Joelinton. I wonder what Head of Recruitment Steve Nickson thinks of it all. I can remember Joe Kinnear getting the sack from that post because he negotiated a selling fee for Yohan Cabaye of about £4million less than Mike Ashley thought was warranted. At the minute, if Joelinton cost £40million, that looks to be about £40million too much. If I was Steve Nickson, I would be retrieving those quotes from Steve Bruce which said it was his decision to sign JL for the inevitable time when the call comes to meet Ashley at the Gallows Gate.

No surprises in the end then. A well sourced, well coached team beat us easily with a ready made excuse for our coach to hide behind while ignoring a lack of belief at the back, a lack of talent up front and a lack of a plan elsewhere:

“Asking players to play four games in 10 days is ludicrous and today is the consequence of that,” said Bruce.

Some have viewed that as a Bruce having a pop at the Premier League but it sounds to me like he is having a go at himself.

After all, the Premier League asked Newcastle United to play four games in ten days. That was in June, with some minor TV alterations.

It was Bruce who asked some of the players to play four games in ten days. He had ample time to plan for it, if he knows what planning is.

Both Longstaffs, Gayle, Atsu, Krafth and Muto have been under-used during this Christmas campaign.

I have some Sympathy With The Devil for the sparse use of Atsu, Krafth and Muto but not the other three and even given that sympathy, it is his job to get the best out of all the resources at his disposal. I am not just talking about physically, football is a game played in the head as much as with the body. Bruce’s job is to care for his players physical and mental well-being so they can perform at their best. It is not part of his job to complain about a fixture schedule which has been like that since he started playing football, never mind coaching it.

It is however part of his job to make sure a player who has been out for six months with a serious injury doesn’t play four games in ten days when fit and eager players have played virtually none of that time. The injuries were unlucky but only in the same way as crashing your car when driving it with your eyes shut. 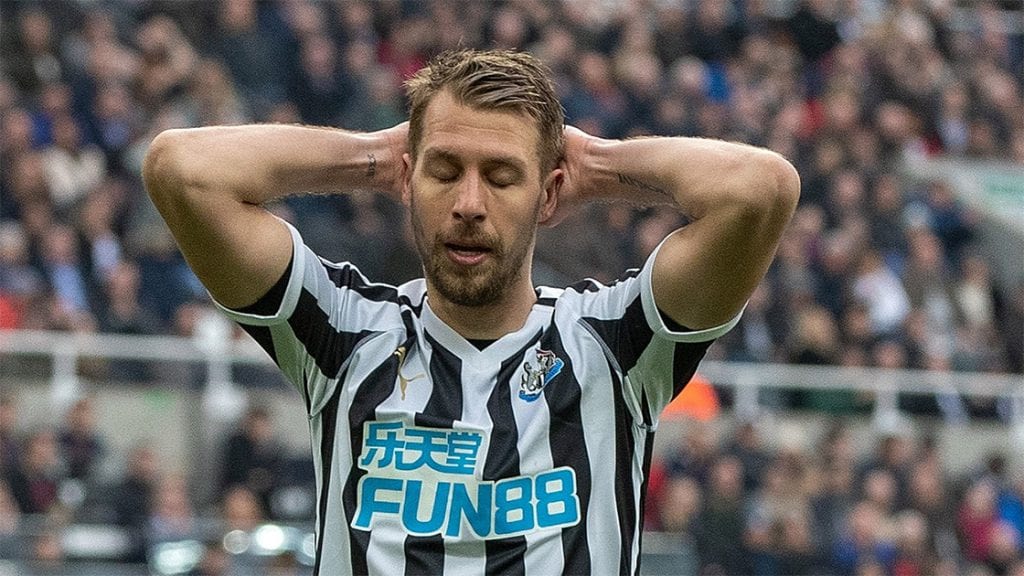 If Bruce is to lose that tag of being a one-dimensional, mid-table journeyman lacking imagination then it is time for him to start showing that he can compete with the Ancelottis and Rodgers of this world on the pitch, even if his boss won’t compete with his counterparts off it. Time for a bit of creative management. For Steve Bruce to show us the nature of his game.

There are some positives on the horizon.

Matt Ritchie, a massive loss this season, is nearly back.

The much criticised captain Lascelles soon too and not soon enough for me. That defence needs his commitment and his voice in these sour times.

ASM too will bring some optimism with him and hopefully a little more end product and a little less injury.

All of which should help United to another five wins and the magical forty point mark. There are enough winnable games against much worse teams than Leicester still to come.

My only hope is that someone at SJP has taken a look at Leicester and seen that having a positive successful club isn’t out of Newcastle United’s reach. All you need is a plan and some key people to carry it out. Step forward those people please. Hopefully people with wealth. And taste.

3 Positives and 3 Negatives from Arsenal 4 Newcastle 0

‘Newcastle 0 Norwich 0 – On Saturday we didn’t even go one up top. In fact, there was no top at all’

So what did we learn about Newcastle United on Saturday?

Newcastle United: Out of Control