Liverpool the ‘Sexiest club in Europe’ : What that makes Newcastle I don’t know – Anne Widdecombe?

Exceptional though this Liverpool 3 Newcastle 1 game was, the constant reference to the 1996 4-3 match between Liverpool and Newcastle United is about as relevant to 2019 as Michael Owen’s autobiography.

Liverpool are better than they were then and they were pretty good then.

For NUFC it is just a reminder of times when we have gone to Anfield with hope, few in my lifetime, but this weekend there was no part of me which expected anything other than a comprehensive defeat. And so it passed.

The first ten minutes pointed to an even and attacking game of football. Liverpool were slow to get into the game, without Firmino and their first-choice midfield, without intensity and perhaps overconfident of victory.

United regularly burst forward with Atsu, Almiron and Willems capably supporting Joelinton. It was one such occasion after seven minutes when Atsu fed Willems and after a bit of penalty box trickery the left wing back thumped a beautiful right footed shot across Adrian and into the top corner of the scousers’ goal. A super goal and probably the last time in the half when we had four players around the opposing penalty area.

The goal for Newcastle changed the game not for the better, not for those in black and white. Unable to exploit the victory, seduced by memories of winning 1-0 away to Spurs, NUFC dug in for the siege.

It later emerged that one reason for the change in momentum was that Jurgen Klopp had switched Origi and Mane, so Mane began marauding down the left and Origi was more central. While that may be true, the immediate impact was that Liverpool slowly but surely pushed United back into their last third and Atsu and Almiron were unable or unwilling to drive forward as they had early on. Even so, the first 25 minutes had only a red header off-target to show for territorial progress. Then came the carnage.

The next ten minutes or so saw Origi head wide when well placed, Lascelles and Matip fall to the ground as the Ghost of John Aldridge screamed penalty, Mane’s equaliser and Van Dijk miss a chance he should have taken. NUFC got out of their half once. Offside.

After 37 minutes another blow, the lacklustre Origi removed, Thierry Henry’s “most complete forward in the PL”, Roberto Firmino on. The battering continued. Liverpool scored again and kept the ball until half time.

From a defensive point of view, the two home goals were truly awful.

Krafth caught out of position for the first goal allowing Robertson to move forward and find the unmarked Mane in the penalty area. Mane unmarked because Schar tried to cover his defensive colleague and left in no-mans land. If Dubravka could have done nothing about the first goal, he could have done everything about the second. Atsu lost possession cheaply on halfway, Liverpool moved forward and a through ball to Mane should have been intercepted by our super-keeper. With one eye on his new contract, the other eye wasn’t on the ball, kneeing it onto the forward and ricocheting toward goal. Mane apologetically tapped it in.

Goalkeepers are different, their mistakes are remembered. Just ask multiple Championship winning and England stalwart David Seaman. Ask him about getting lobbed a couple of times and his ridiculous ponytail, forget about how good he was. Who’d be a keeper?

The second half started much the same as the first. Liverpool sleeping, United hunting. Supposedly a tactical switch had put Almiron more centrally and the reward was first good link-up play between Shelvey, Almiron and Joelinton who put a dreadful ball onto the onrushing Krafth to punt wide. Had Joelinton seen the chance that Krafth missed a couple of minutes later, he probably would have shot. I don’t know why he didn’t to be honest, I don’t really want my strikers passing to my right back in the penalty area but there you go. Atsu down the wing, a good cross into the box, Krafth wide open ten yards out, chested it down, booted it into the Kop. I think. Might have gone over the Kop. That was our last chance. Maybe even the last attack where Almiron, Joelinton and later Muto, who replaced Almiron, managed to stay onside, who knows. 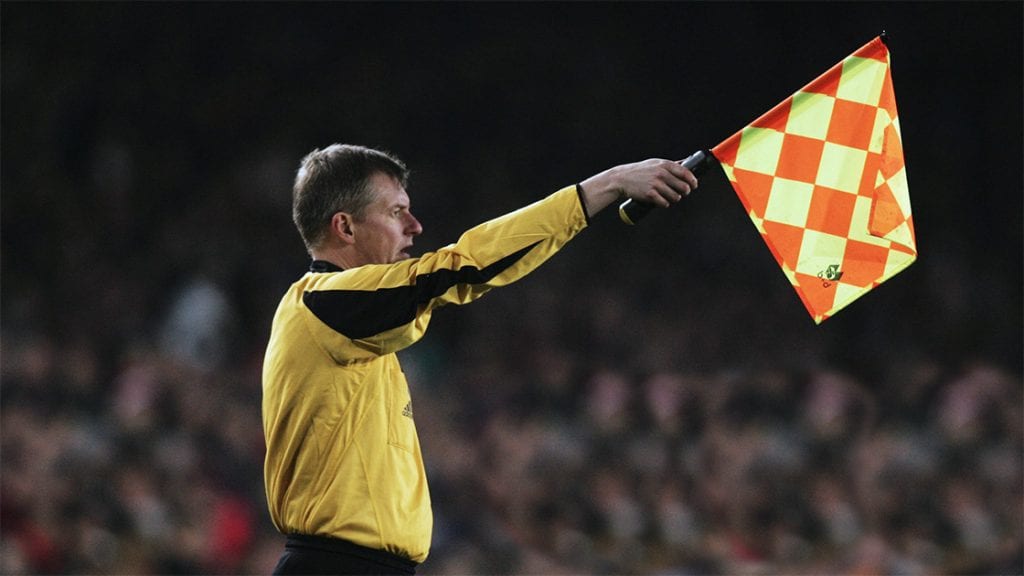 Then there was 35 minutes of Liverpool trying to get into double figures. Chances galore came, Dubravka made some fine saves, Liverpool missed a few they should have scored, Salah shot when he should have passed and our defence continued the sort of last gasp interceptions that Steven Taylor would have been proud of. Liverpool scored a beautiful third through a sublime flick from the excellent Firmino, an unfortunate slip from Schar and a tidy finish from Salah. Liverpool kept the ball and tried to score more but didn’t, NUFC tried to keep the score down and did. A hollow victory. The end.

Last season Sadio Mane said that he didn’t want to leave Liverpool as he was already at the “sexiest club in Europe.” What that makes Newcastle I don’t know. Anne Widdecombe? It is difficult to know what Steve Bruce could have done to stop this and certainly 3-1 was as good a result as I could have expected. Last season goal difference was talked about as an issue for much of the season, it is likely that it will be discussed as much this season too. From my own point of view, if you get enough points, your goal difference is irrelevant and there was little to see here that pointed to a new dawn of attacking football. Perhaps it is not the game to judge the Stevolution.

Either way, his substitutions on Saturday were all purely defensive, all based on keeping the score down. Especially turning down the opportunity to go to 4-4-2 and try and get a point after 80 minutes when Schar departed and Fernandez came on. I don’t blame him, he is trying to keep his job, but let’s not try and claim that this is attacking football. I will content myself with saying that although the game finished 3-1, it could easily have been 7-2 but thankfully it wasn’t, so we can escape the re-runs for the next 25 years.

On the optimistic side, Hayden continues to show he can improve enough to play at this level, Willems and Atsu continued their positivity against Watford to show enough to be optimistic about the left side in an attacking sense if not a defensive one. The team also certainly gave the effort to show they want to play for the club.

The pessimist says whatever Shelvey used to have as a player has gone, he was poor at Anfield in a game I would have expected him to be up for. Joelinton continued to defy his price tag, not in a good way. He continued to make his runs even though either no one saw him, no one was looking, or they simply didn’t pass to him. Some of his hold up play is good. That’s about it. It is understandable his head goes down, not that quickly though and not for that long. He often looks slow and sluggish and his relationship with Almiron is non-existent. It might be difficult to forge a relationship with the unpredictable Paraguay but Rondon and Perez did it immediately.

However United do it, the same needs to happen quickly between the current forwards if we are to score enough goals this season. Almiron was a breath of fresh air last season, that he isn’t now isn’t all his fault. He runs more than anyone else and he tries things no one else does. That nothing comes of it is partly down to him.

I am sure having a player as sporadic Almiron in front of him is not helping Krafth find his feet at a new club and in a new league but I would be interested to see if he has ever played in a back five before. He doesn’t look like he has, or anyone has bothered to tell him how. Defensively he is everywhere he shouldn’t be, he hugs the back line whereas Willems plays fifteen yards further up with the midfield. The result isn’t a 5-4-1, it is lop-sided 4-5-1 with Schar and Krafth close together and Lascelles and Dummett far apart. No wonder goals like the first one happen. To me, Krafth is a square back four peg in a wing-back’s hole. Which will probably be the title of the 2019 Viz Christmas Annual.

Krafth: In a wing-back’s hole

Pundits will say it was individual mistakes which cost United on Saturday but I can’t completely agree. Liverpool have better players and put those in black and white under the sort of pressure they couldn’t handle, the sort of pressure which brings mistakes. Schar and Dubravka are consistently good players, if they make mistakes you know it is a tough game. That is to be expected in a game against a team constructed with serious money, with very good players and the confidence borne out of winning, but Norwich did it too and so did Watford for a half. Last season Klopp said that he needed to teach his team to win ugly. He might ask Steve Bruce’s advice on that one, this season that may be all we’ve got.

Shots on target were Liverpool 9 Newcastle 1

(Steve Bruce talks after the 3-1 defeat to Liverpool HERE)

(Match ratings and comments on all NUFC players HERE)

Astonishing Allan Saint-Maximin statistics – They say it all

Chelsea star gives credit where due: “Newcastle United did unbelievable to defend the whole game…”

Another story about a Kevin Keegan era glory hunter